Special acknowledgement and appreciation is expressed to The Rev. R. Milton Winter, Ph.D.,  Historiographer of Saint Andrew Presbytery (PCUSA).   His research of Presbytery Minutes of the 1800’s and 1900’s was leaned upon heavily within this timeline.  Rev, Winter’s research is on the St. Andrews web site and a link is at the bottom of this page.

Through this research, it seems apparent the early beginnings of the Presbyterian faith in Mississippi was extremely challenging and only possible through the strong faith of men and women working together  as Stewards of The Word of God.

Much of the data, being from the Internet, is believed to be correct.  However, dates, titles, and other information may have some inaccuracies.   There is a wealth of additional data within the church’s library, Tower newsletter, and Bulletin archives, plus the memories of many members of the congregation.

[themify_icon link=”http://” icon=”fa-check”] represents ordained ministers who were called a pastors of FPC.

All the above faithful stewards of Jesus Christ who had a small part in the forming of the present day First Presbyterian Church. 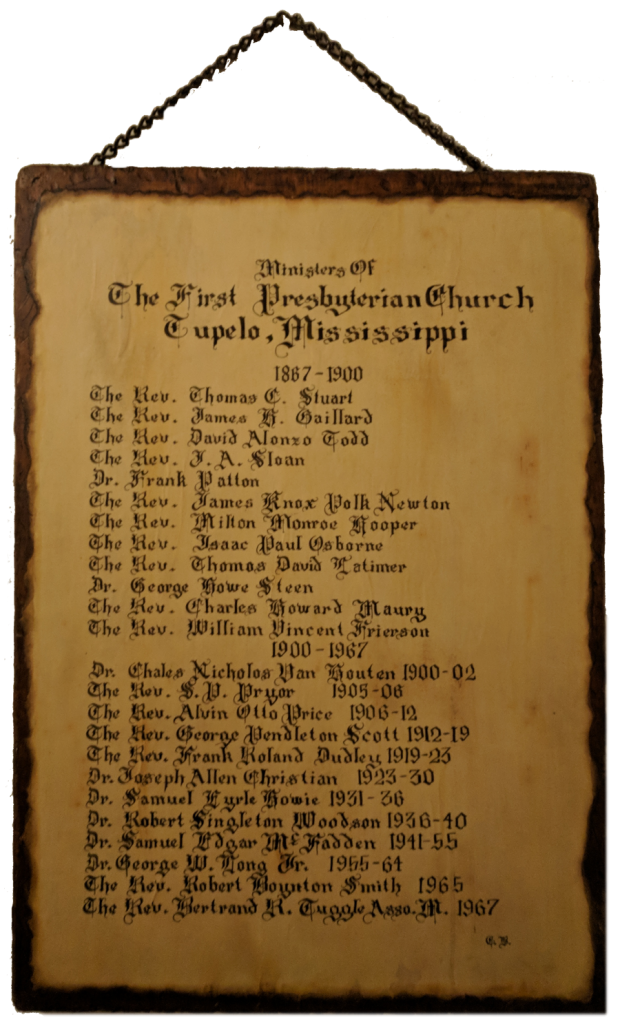