First Presbyterian is part of the Presbyterian Church (U.S.A.). This is a congregation that is steeped in history and Christian tradition. It has survived a disastrous tornado and a damaging fire. Yet is has remained strong and focused on its mission for Jesus Christ through it all.

It was organized in the fall of 1867 with twenty-five charter members, most of whom had been members of the Pontotoc Presbyterian Church or the Zion Presbyterian Church, just west of Tupelo. For the first two years of its life, the small congregation worshipped in the building of the First Baptist Church. It was able to move into its own building, a small brick building on the corner of Church and Walnut streets, in 1869. The property on which this first building was located was given by Mrs. Mary Jane Stuart Stewart whose father, the Rev. Thomas C. Stuart, had been a Presbyterian missionary to the Chickasaw Indians back before Mississippi was a state. Father Stuart, as he was called by the Chickasaws, was instrumental in helping the Presbyterian Church take root on Mississippi soil and established numerous churches in north Mississippi. He was retired and living with his daughter and son-in-law by this time, and he served as a pastor of the new congregation in Tupelo until James H. Gaillard, who was serving the Zion congregation at the time, took over the additional responsibilities of the Tupelo congregation.

The two congregations truly merged into one body of Christians and served their Lord with love, harmony, and dedication.

The building was remodeled and enlarged with additional space for Sunday School classes. During the next few years, nearly 100 members were added to the roll. The church also added a pipe organ in about 1907 which served the church through storm and fire until 1996 when it was replaced by a new instrument. 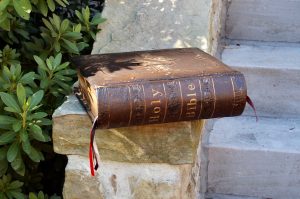 By 1915 the congregation had grown to 229 members,  and in 1928 the church building was remodeled and enlarged again. This time more classrooms were added along with a social hall and a kitchen. But on Sunday night, April 5, 1936, a devastating tornado struck Tupelo, killing more than 200 people and injuring many others. All the churches in Tupelo were either destroyed or badly damaged. This was on a Sunday night before Easter, and members of the choir of First Presbyterian Church were practicing their Easter music at the church when the tornado hit. Some had left before it hit, but others were in the church building. Miraculously, no one in the building was killed or badly injured. The church was badly damaged and the remaining choir members had to be helped out of the windows since every other exit was closed by piles of debris. Miss Katie Topp, organist and choir director, had the organ pipes removed to her house where she carefully stored them until the church was rebuilt and the organ could be restored.

The beautiful church building in which the First Presbyterian Church congregation now worships replaced the building that was destroyed by the tornado. The congregation worshipped in the Tupelo High School (now Milam) building while the new building was being constructed. Dr. Robert S. Woodson came to be pastor of the church just a few months after the tornado. That was a difficult time for the church and its members, many of whom had suffered severe personal losses to the storm. This new building was paid for as it was built. One of the methods used in raising the money needed was a ‘Money Tree’ which the congregation watched grow thick with bills. Through prayer, working together, and unselfish giving, the new building became a reality. Local Tishomingo stone was chosen for its beauty and strength and to enhance the gothic design of the building. There was much rejoicing and thanksgiving when the congregation was able to have its first service in the new building in time for Christmas 1938, even though construction was not quite complete.
In early November of 1951 a fire caused extensive damage to the church. The damage was mainly inside, and there was sufficient insurance to completely reconstruct the inside and make necessary repairs to the sanctuary. During the time of reconstruction, worship services were held at Church Street School.

In 1961 property was purchased just west of the church on Jefferson,  and a new Education Building with kitchen and fellowship hall was constructed on it. The pre-school area was added to the Education Building about 15 years later. These new facilities made it possible for the church to offer an expansion of our educational programs for all ages. The Wednesday night program was begun in 1963 and has continued since then. 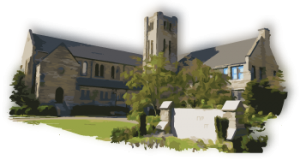 By 1990 the need for renovation of the facilities as well as additional facilities and additional parking had become pressing. The church was bounded on all sides with no room for expansion. In the providence of God, two pieces of property adjacent to the church became available for purchase by the church. After much study and prayer, the congregation undertook an ambitious goal of raising capital funds, over and above its regular operating budget and mission contributions in order to undertake the needed construction. The result was a three million dollar project that renovated all of the existing buildings and added much needed space for fellowship, classrooms, library, kitchen, and recreation. In addition a new pipe organ was built for the sanctuary, parking space was tripled and the church grounds were beautifully landscaped.

First Presbyterian has been blessed with able and committed leadership- both ministerial and lay– throughout it long history. God has always raised the leadership and support needed to meet the challenges of the day. Following the example of ‘Miss Katie Topp’ and the organ pipes, members of First Presbyterian have always encouraged, supported and enjoyed a strong ministry of music. We have been convinced that no one is ever too young or too old to learn about the Christian faith. Consequently, the church has consistently supported a strong Christian education program for members of all ages.
First Presbyterian is an outward-looking church, which remembers that God tells us it is more blessed to give than to receive and which seeks to follow a Lord who came ‘not to be served but to serve and to give his life as a ransom for many.’ We try to be a servant church by looking for ways to help our community and the people who live in it. The development of recreation and tutoring program for neighborhood youth out of our Community Life Center is our most recent effort. Members have always been encouraged to be active in the community as part of their commitment to Christ, and they have responded faithfully and skillfully. Members of First Presbyterian Church can be found actively involved in almost every organization working to improve our community and the lives of the people who live here.

This brief survey of our history and tradition is our invitation for you to come and join us as we worship and work, grow and serve, and create the church’s history today.